I'm often asked: What is the strangest or most interesting wedding you've photographed ? And I generally respond by first pointing out that in fact most weddings all seem to follow a core set of traditions. But this definitely doesn't mean that all of my weddings are the same--far from it. Every couple has their own style, their own vibe. and although many of the basic traditions are followed, there are so many ways to personalize how these all play out.

It's also true that some couples seem especially to revel in finding ways to make their wedding unique. Holly and Jay were definitely such a couple.

When I arrived at the bride's home and saw the dress--one fit for a medieval fairytale--it was totally suggestive of the direction this wedding was going to take. 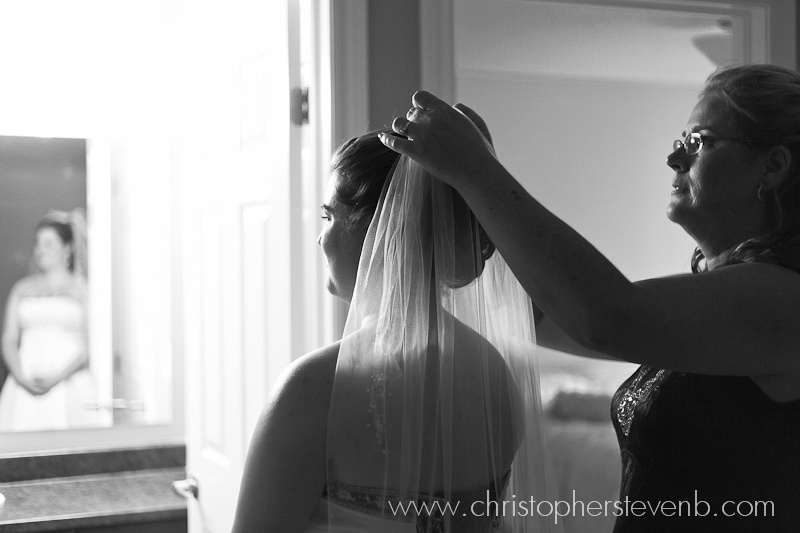 Above, mom adjusts the veil--a moment of near stillness before we're all rushing off to Saunder's Farm and to the incredible whirl of activity that will follow. Here the Maid of Honor binds the hands of the bride and groom in a handfasting ceremony--a tradition often associated with Neo-Pagans or Wiccans, but which has actually become more widespread. 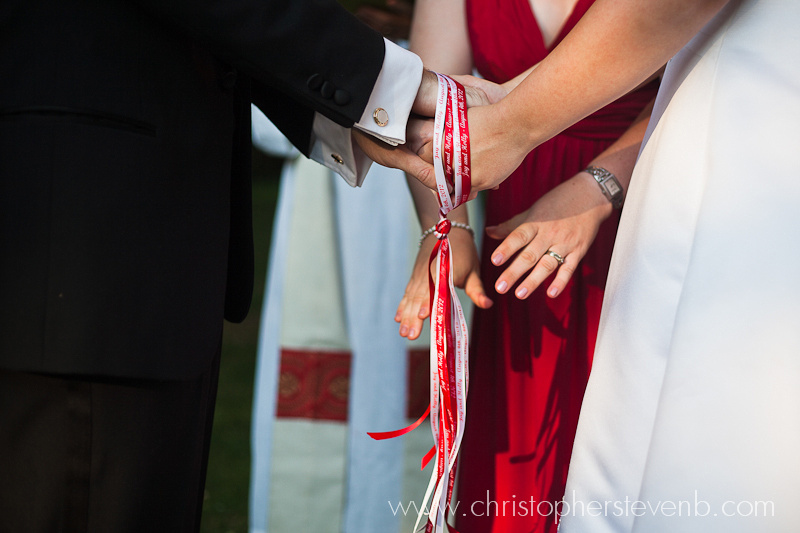 Above, a mystery guest of honor--a puppet who served as ring bearer--er, mouth-passes the ring to the bemused priest. Now--I should mention here, that this was no two minute gag for the purposes of the ceremony. Indeed the puppet himself (itself ?) remained active and prominent for the duration of the wedding, even serving as the pied piper leading the guests, post ceremony, to the maze. But first: the kiss. 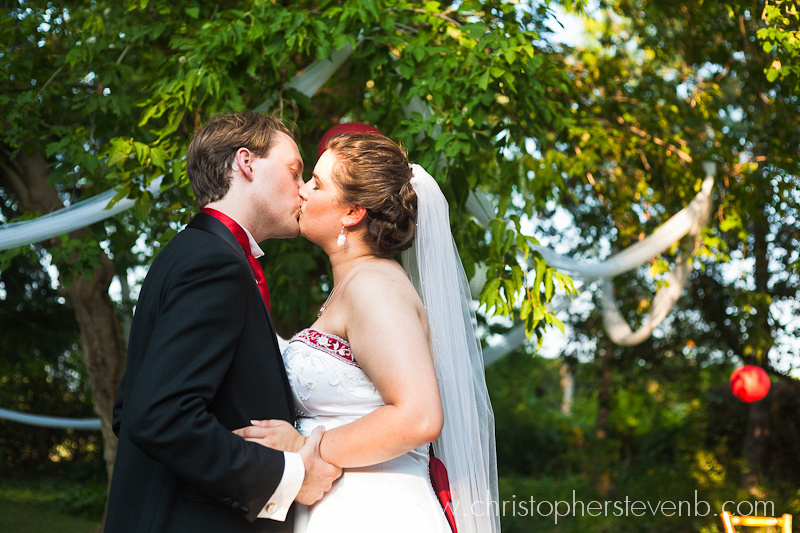 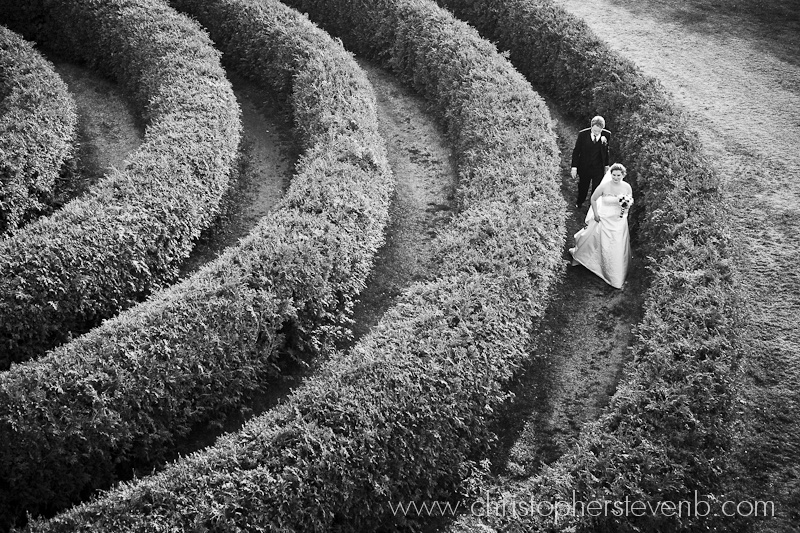 After the massive group photo (imagine wrangling 80 people from 30 feet in the air without a bullhorn !), I had the couple hang out a little longer for some photos together in the labyrinth. Ridiculously, there is an even larger maze nearby that, in several weddings at Saunder's Farm, I still haven't had the time or courage to use ! 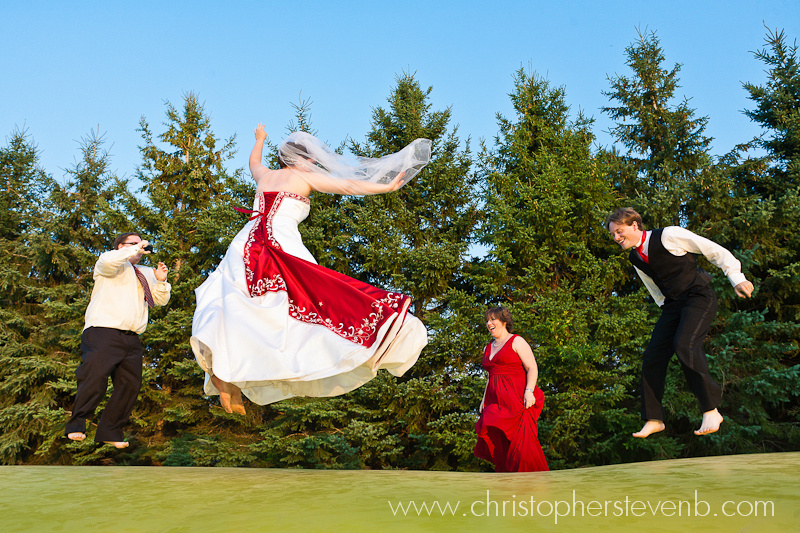 I love the refined exuberance of the groom, who leads the wedding party in a wild strut around the farm. 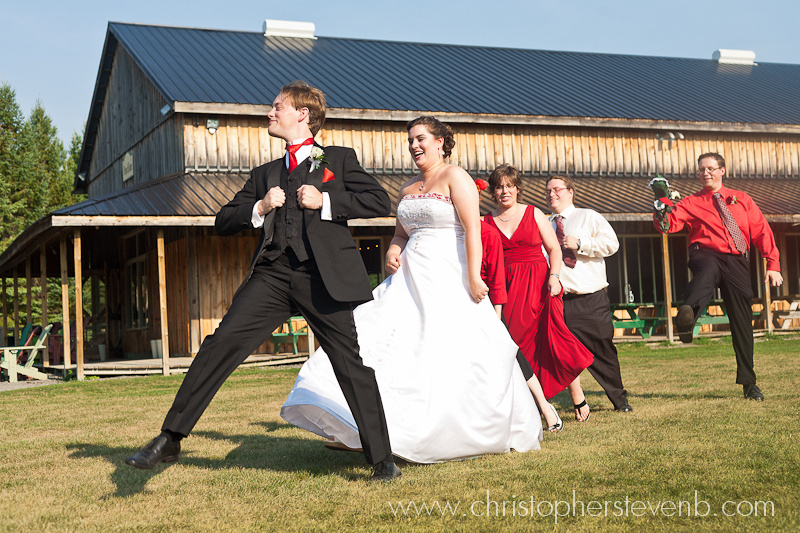 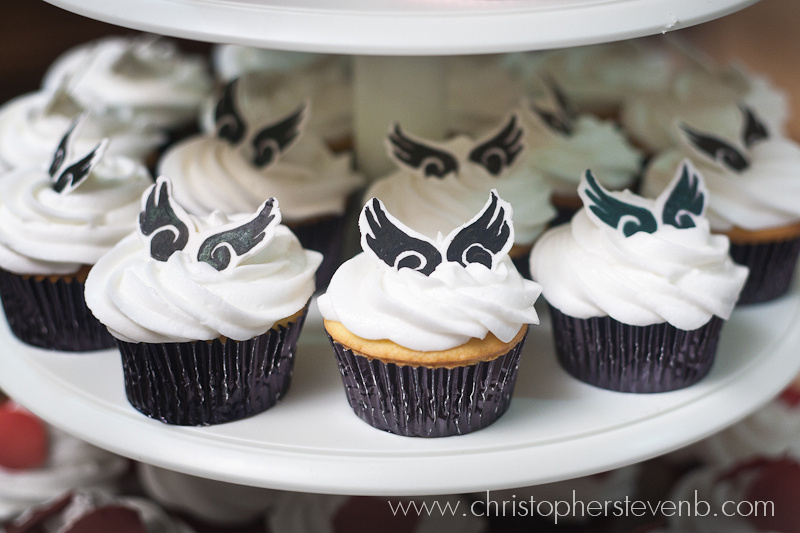 Those acquainted with the video game Final Fantasy will totally recognize the cupcake decorations above. 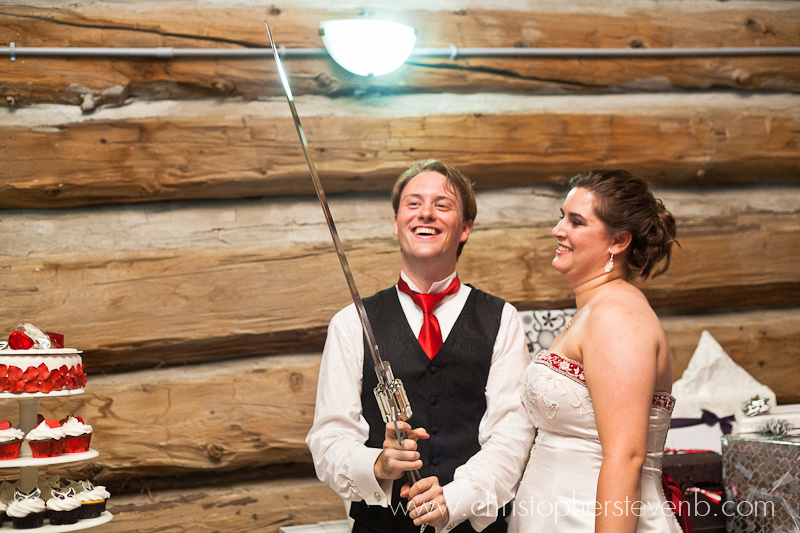 The cake-cutting itself at least initially proceeded normally, with the bride just about to cut into the cake. Looking as if she had forgotten something, she then dashed off to the kitchen and returned with a slight change of cutlery. This is a gunblade. 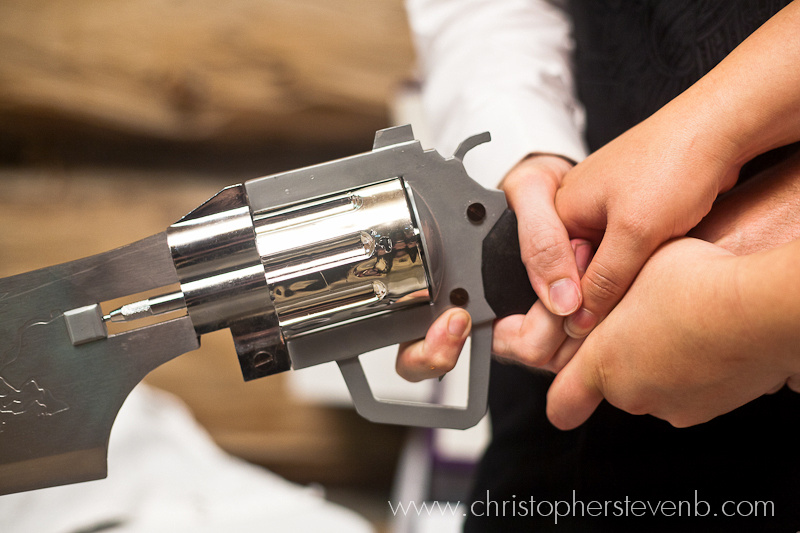 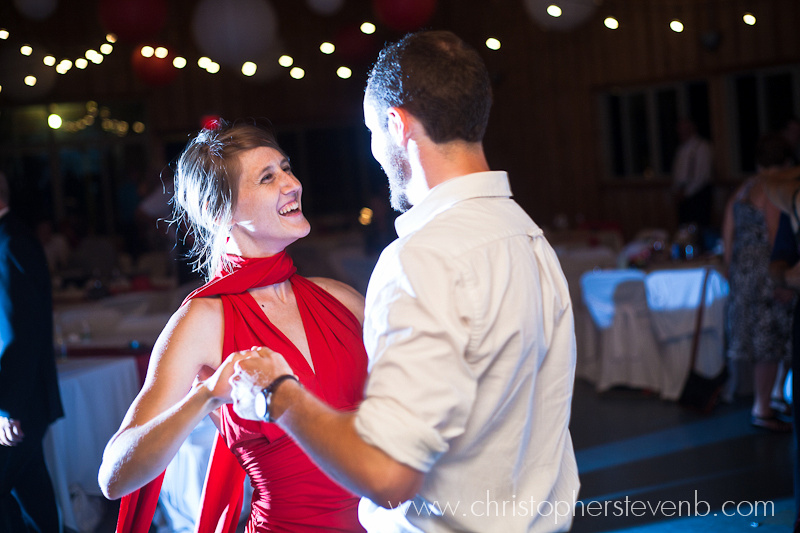 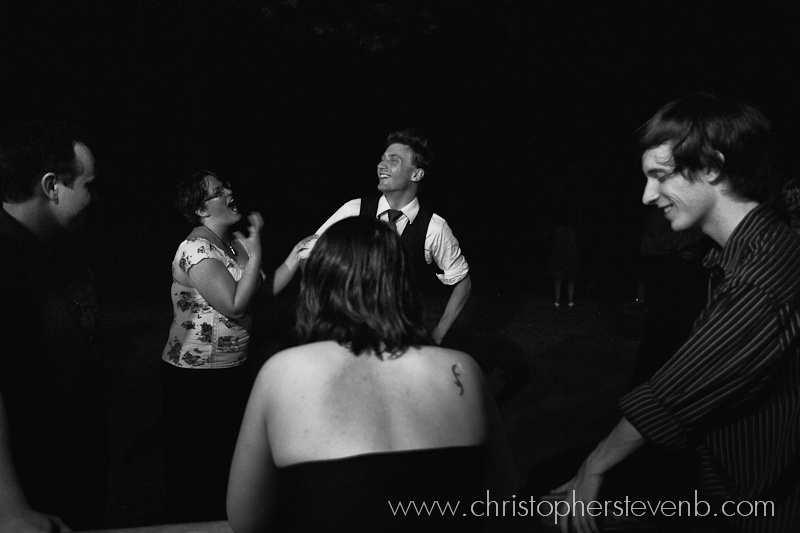